The museum is located in the house where the Venerable Mother Maria Domenica Mantovani, co-founder along with the Blessed Giuseppe Nascimbeni of the Institute "Piccole Suore della Sacra Famiglia", was born.

Situated in the historical center of Castelletto, a small lacustrine village at the foot of Mount Baldo, the building represents an interesting testimonial of the architectural style common to the shores of upper Lake Garda.

The interior of the house has been faithfully reproduced with furnishings from the late 19th and early 20th centuries, and enriched with the traditional utensils and tools employed in the many agricultural activities which characterized the area, such as fishing, cultivating olives, raising livestock and sericulture. The museum also houses a center for promoting research and cultural debate.

This initiative, which was promoted by the Institute "Piccole Suore della Sacra Famiglia", is intended to pay homage to Mother Maria Domenica Mantovani, a true example of womanhood and "motherhood", and to keep the memory of the culture of our ancestors and their industrious lifestyle alive in her native town and the surrounding area.

The museum has been realized through the combined efforts of the religious and civil authorities, the citizens of the town and the scuola "Sacra Famiglia"

Basement: stall and tool depositFaithfully reproduced, the stall housed a few useful domestic animals, in the evenings it was usually crowded with people for a couple of hours of "filò" (Storytelling, etc.).The next room was used as a deposit for the tools used in the various agricultural activities.

First floor: kitchen, pantry/larder, study-research laboratoryThe kitchen was the heart of the home, where all domestic and religious activity took pIace. The furnishings are simple and essential, made of copper and wood from the area. In the "caneva" (pantry/larder), which is just off the kitchen, food was stored for every season of the year. The next room, where Mother Maria Domenica was born, will be used as a study-research laboratory.

Second floor: attic, bedroom, memory roomThe upper floor of the house was tipically used as a hayloft. The other two rooms (which were added on later) contain furnishings and objects which mirror the lifestyle of the period in which Mother Maria Domenica lived, and are a testimony of her profound faith.

INFORMATION ON THE PROCESSING OF PERSONAL DATA
pursuant to article 13 of the EU General Data Protection Regulation (GDPR) 2016/679. 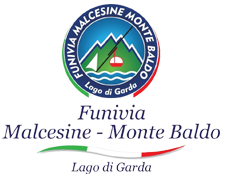